From this September 15th through October 15th, Hispanic Heritage Month is celebrated in the United States; this is an opportunity to learn a little more about our culture and discover what unites us as Latinos.

We are incredibly proud to be Latinos, contribute to the United States, and work every day to help more Latinos create their own story.

As latinos, we want to share stories that inspire. Characters that have taken Hispanic Heritage to another level, and data to support this movement through social media.

This celebration, which was initially Hispanic Heritage Week, began in 1968 but became a 30-day event to make the most of it.

What is the impact of Hispanic Heritage in the United States?

Hispanic Heritage Month recognized a community’s work contributing to America’s history, culture, and achievements. And the truth is that this should be appreciated every day. However, this month is the perfect opportunity to give it more visibility and attract more people who want to discover the wonderful and diverse of our culture, achievements, and customs.

Food, music, literature, art, and audiovisual productions are just some of the significant contributions that Hispanic culture has maintained for decades and have adapted to American society. This surprising diversity has influenced the biggest brands in this country.

For example, it is common to find restaurants that include tacos on their menu, or bars where salsa and reggaeton are played, Latin and Spanish actors in Hollywood movies, and advertising campaigns that use Spanish words. There are film categories and music awards essential to highlight the work exclusively of Latinos.

In addition to the fact that Latinos are becoming a powerful economic force as an exciting market in the consumption of products and services in the United States, Stanford found that Latino companies contributed about $500 billion to annual sales.

A 2019 Congressional report based on 2017 data found that nearly 60 million Latinos in the United States already represent $2.3 billion in total economic activity, which alone would rank as the eighth largest economy in the world.

How to take advantage of social media to celebrate Hispanic Heritage Month? 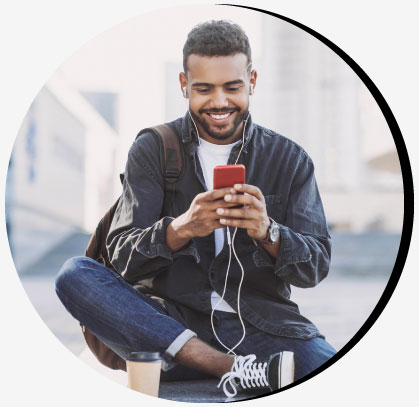 One of the first actions is to share resources on social networks that seem relevant to us about this event and explore accounts highlighting Hispanics’ work in the United States; here are 3 Instagram profiles great in their content:

@thehispanicstar: It is a project that aims to educate both the Hispanic community and the non-Hispanic community about the perception of our culture, using people from the artistic field who are recognized and play the role of ambassadors of the project.

@aintilatina: It is an account that highlights the experiences and raises the voices of Afro-Latina women.

@aigaunidos: It’s a collaboration that creates a space to empower and celebrate the lives, work, and needs of creatives with Hispanic and Latino cultural Heritage.

What characters have influenced your work to give recognition to the Hispanic Heritage month?

Over time, not only artists but also activists have joined together to provide further recognition to the Hispanic Heritage in the United States, here we leave you one:

Sylvia Mendez is a civil rights activist, was one of the first Latino women to attend a school, breaking the school segregation model of the time (1945).

Learn how CPC Global Group works for the Latino community in the United States.

Now more than ever, let’s celebrate the pride of being Latino!

Let us unite to make known our strength, our culture. We must talk about our successes, our businesses, and how proud we are of the Latino heritage that gives us a Twist that no other culture has.

Why are SEO and Local SEO important to your business?

How to start selling on Social Media with my business? A Guide for Entrepreneurs

Steps to Plan a Successful Virtual Event in 2021